Just added to your cart

GM(N)Os : A contemplation of my wellbeing after a week without them.

GM(N)Os : A contemplation on my wellbeing after a week without them.

(O P I N I O N) : I spent the last week in England & can report that my health hasn't felt this good since I last lived here in the earlier 2000s.

2011 was the year I moved from England to Connecticut after living abroad for close to five years.

I grew up happy and healthy. Not many worries on my brain other than the growing pains I'd receive in my Achilles' heels following soccer practices.

It was after my first year back in the US though when my older sister and I received our first signs of Autoimmune disorder.

My mom got down to researching once she realized two of her three daughters developed Hashimoto's Thyroiditis after moving home.

She began to transition us to less pesticide dense, "organic" labeled foods as she found a huge focus in the Autoimmune community was on genetically modified organisms, or "GMOs".

These are foods that are genetically engineered to be more attractive to consumers, resistant to their environment, and are treated heavily with pesticides.

We began removing these GMO foods from our diets as their chemical nature can confuse the natural body, resulting in flare-ups and catalyzing issues like Autoimmune disease.

A GMO or "Genetically Modified Organism", is a plant, animal, microorganism or other organism whose genetic makeup has been modified in a laboratory using genetic engineering or transgenic technology.

Once I learned the United Kingdom did not allow for the use of these Genetically Modified Organisms, everything changed.

The first commercially available GMO crop was the tomato around 1994. Since then, GMOs can be found in essentially everything around North America, yet the UK and Europe have almost entirely ignored them.

"GMOs and toxic pesticides" by greanpeace.org mentions, "Because of corporate pressure, millions like us are denied the right to know about where GMOs occur in the food chain..."

Are we being denied this "right" because there are potential concerns about GMO agriculture? The UK and Europe clearly know sommmmmething if they're choosing to ignore them.

But regardless of any source, I have my own subjective experience with them.

I can tell you when GMOs are removed from my diet, magic happens in my Autoimmune-sensitive body. My bloating decreases, my inflammation lowers and my breast size normalizes.

These observations make me more certain, time and time again, that my reintroduction to these genetically engineered foods in 2011 aided in my thyroid deficiency rearing its head.

Take pubescent emotional distress while moving countries and pair it with foods that make, in my case, present thyroid antibodies react, and you have the perfect autoimmune storm. 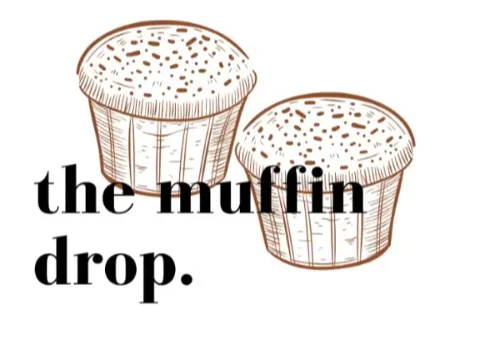 It makes me upset that the reaction I had to these genetically modified crops was out of my control.

When I was in the UK, they were not permitted in their country. The foods were naturally produced by the earth and not in a lab. We didn't have to think to ourselves "is this organic?" before purchasing anything.

But here in the US the mass production of GMOs is everywhere. This production can also cause cross-contamination in our soil, making organic crops often times still at risk.

It's no question to me why there was a recent uproar when parts of the UK Parliament tried to allow for further testing on GMOs in the country.

The people want their food simple, the way generations before us made it.

Ever wonder why you don't hear our grandparents talking about a plethora of autoimmune present in their 20s? It was before 1994! Makes you think. 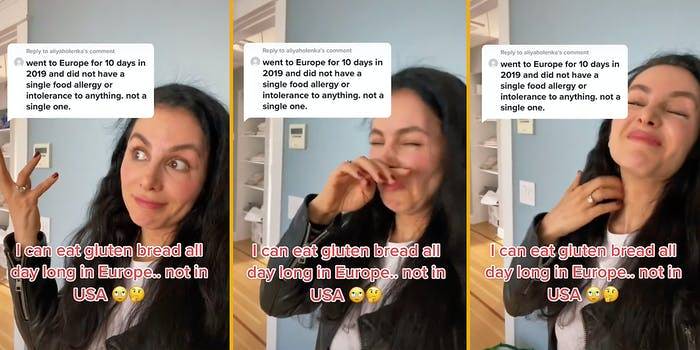 I know you've seen the Tik-Toks, all the gluten-free girlies coming back from Paris saying "I was able to eat a croissant while I was there with no bloating!" And I am saying you can believe em' - it's true!

The food is simply so much cleaner over there. The chemicals and genetic resistant foods are less prevalent and more regulated.

So until my next London return I'll be working my ass off to see how we can take TMD global and I can get myself back here. *laughing crying emoji*